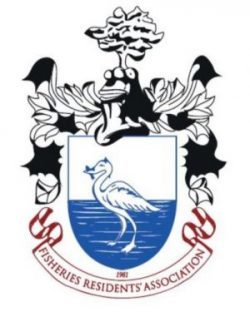 (a) To promote and organise such action as may be necessary to protect and maintain the character of the The Fisheries and to oppose any building or changes which may threaten the amenities, appearance and tradition of the district. To take an interest in and to keep and safeguard the amenities of the surrounding areas of Bray and Maidenhead.

b) As far as is reasonable practical, to promote and organise suitable arrangements for the maintenance of the unadopted roads in the Fisheries and to act as Road Managers in this capacity, on behalf of the residents, to conduct negotiations with all Authorities, builders, developers and others on all matters effecting the unadopted roads and where necessary the adopted roads.

c) Generally to promote a neighbourly relationship among members and to arrange social events throughout the year and for this purpose; to encourage and maintain a cordial understanding relationship with all local amenities and societies (such as the bray preservation society, the Maidenhead and District Civil Society, The River Thames Society, The Thames Planning & Amenities Forum, etc) and local clubs and organisations, as well as with council officials etc. in order that the affairs and aims of the Association may be generally promoted, appreciated and supported.

Membership will be open to all residents and property owners within The Fisheries encave as illustrated on the estate road map. It will be on the basis of one membership for each residence. Every paid-up residence will have two votes on every motion proposed and seconded at the Annual General Meeting. In addition, further votes may be cast by adult members (over 18 years of age) of any household, providing they have previously paid a supplementary membership fee of one-half the normal annual subscription during the current year.

a)The association’s affairs will be managed on a day-today basis by an executive committee consisting of:

c) Not less than seven voting members of the executive committee shall form a quorum for the purposes of a meeting.

The executive committee shall meet at least once in every three-month period and the secretary shall be at the request of the chairman or any two members of the committee call an emergency meeting at any time.

(a) An Annual General Meeting (AGM) of the association shall be held once in every year when an audited statement of accounts for the past year to September 30th shall be submitted.

(b) The business of the Annual General Meeting shall be passing accounts for the past year, and the election of the Offices and Executive Committee and of an Honourary Auditor and honorary Solicitor for the ensuing year and other business which may be determined by the Executive Committee or of which 21 days’ notice in writing shall have been given to the Honorary Secretary, or which may, by leave of the Chairman, be raised by any member at the Annual General Meeting.

(c) Nominations for membership of the Executive Committee must be received seven days before the Annual General Meeting and in the event of nominations exceeding the 12 required for the Committee a ballot shall take place, such ballot or any other ballots run on the basis of two votes for each eligible residence.

(d) Extraordinary General Meetings may be called at any time by direction of the Executive Committee, or any ten members.

The Honorary Secretary shall keep Minutes of all meetings in a suitable book and such minutes shall be read and when approved signed by the Chairman at the next meeting.

If at any General Meeting a resolution for dissolution of the Association shall be passed by two-thirds of the members present and such resolution shall, at a special meeting convened and held not less than one calendar month thereafter at which not less than two-thirds of the total members shall be present, be confirmed by a resolution passed by a majority of three-quarters of the members present and voting thereon, the Committee shall thereupon or at such future dates as shall be specified in such resolution, proceed to realise the property of the Association and after the discharge of all liabilities of the Association, the net proceeds shall be used on improvements to the roads within The Fisheries.

These Rules may only be rescinded, supplemented or altered at a General Meeting of the Association called on 14 days notice or greater to members and such notice shall include the proposed rule changes.